How to Invest Without Stock Market, Real Estate, or Geopolitical Risk

We all love to watch those YouTube videos where crazy people do remarkably stupid things and it’s all caught on video for the world to see. From miscalculated BMX stunts to those awful backyard trampoline accidents, they’re painful to see, but somehow we can’t help watching.

In YouTube lingo, these filmed stunts-gone-bad are called epic fails.

For what I’m about to explain to you, I’d like you to capture and hold onto the feeling of an epic fail… the cringe, the groan, the face plant.

Epic Fails Come in Many Forms

In personal finance, there are many epic fails… maxing out your credit cards to finance a 4-star tour of Europe, for example. Having your future depend solely upon a 401(k) is another big one.

But there’s another fail that comes quickly to mind, and you’ve probably never heard of it. You should know about this type of financial epic fail because there are people committing this terrible error every day and losing thousands—sometimes hundreds of thousands of dollars.

So, what is it? It’s the terrible mistake people make when they let their life insurance policies lapse.

A Lapsed Life Insurance Policy is an ‘Epic Fail’

People pay premiums year after year—usually decades— only to give up and stop making payments when they face tough times. When they do this, they forfeit their benefits, namely, the ‘death benefit’, or the big payout at the end.

The sad part is, some pay hundreds of thousands of dollars into permanent life insurance policies and never get a penny back, simply because they can’t keep up the payments and nobody told them they have other options.

In fact, people are letting over $100 billion in life insurance lapse every year.

So you can see that many financial advisors are letting their clients down by not educating them on how to properly use their policies. I find it shocking and upsetting. Why does it happen?

Let’s take hypothetical Bob. He doesn’t have any adult children or a spouse relying on him for his income anymore so he no longer needs his life insurance. The premiums may be rising, as they often do with age. He’s feeling the financial strain. 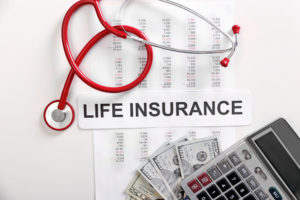 Like a lot of older adults, those rising premiums combined with the fact that they no longer need the policy… well, it all seems like good reason to just abandon the policy: let it lapse. This makes no financial sense, and I always advise my clients strongly against taking this route.

Bob’s policy has cash value, so what are his smart options if he no longer wants to keep the policy?

With those other options available, it’s hard to imagine why people don’t take them.

Now for the shocker: 90% of all life insurance policies lapse!

This is a terrible thing to see happening. For a financial advisor, it’s the equivalent of watching a kid on a BMX bicycle wreck his leg during an epic fail stunt gone wrong. So preventable! So painful to watch!

Thankfully, more policy holders are tuning into the fact that lapsing is a bad idea and they’re taking option #2. This is where we come in. This could impact your investing decisions in a big way and here’s why.

When life insurance policies lapse, who benefits? The life insurance companies!  If a policy holder stops making payments, there’s a grace period, but after that, the policy is canceled and the insurance carrier is no longer on the hook to pay the death benefit.

But the insurance companies don’t have to be the only ones who win when people no longer want their policies. People like Warren Buffet and big institutions have been winning at this game for a very long time. In 2013, the last year for which we have these stats, total life settlement transactions were $2.57 billion.

What We Have Here is a Win-Win 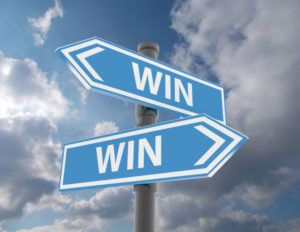 The winners like Warren Buffet are winning because they are the investors and institutions who buy those policies that people no longer want. They buy the good ones, keep making the payments, and then collect the death benefit when the original policy owner passes away.

It’s a win for Bob because he gets to stop making those monthly premiums on a life insurance policy he no longer wants. He also gets a lump sum of cash that’s greater than the cash value he’d get from the insurance company. He now has money that he can use and enjoy today with his family and friends before he passes away.

I Cannot Think of a Safer Investment

There are numerous variables (interest rates, labor report, taxes, …) that can send returns flying all over the board on traditional types of assets like stocks, bonds, and real estate. For example, what if the US has a conflict with North Korea, Syria, or Iran and it escalates into a war? Geopolitical events can have devastating effects on traditional investments.

Life settlements are different because they are sheltered from most of those risks. They don’t carry the same risks that traditional investments carry because their returns are correlated to entirely different factors (actuarial science, which can be very predictable).

Of course, investments always carry some risk, but here’s some food for thought: what type of investment would you expect for an asset that has the following characteristics?:

Sounds like a savings account, right? Safe, but probably terribly low returns, if any? So maybe you’d expect something like 1% or 2% at best? Nope. Typically, there’s an expected annual NET return of at least 6-8% with investments in life settlements. A report from the AAP Life Settlement Market Update indicated the life settlement rate of return percentage could be in the high teens.

A Comparison With Traditional Assets

A lot of people love the S&P 500. But look at the internal rate of return (IRR):

Pretty modest returns. And take into account these returns are factoring in the red-hot stock market that’s been blasting off since 2009! There has not been a correction since 2009, and history shows the stock market has a tendency to crash at least once every 7-8 years. Aren’t we due? I don’t know. I don’t have a crystal ball. The market could be on a tear for another 30 years. Or it could crash! That type of uncertainty scares a lot of investors. If you have a low tolerance to losing a lot of your money in Wall Street, why leave it there?

Now also take into account that those S&P 500 returns aren’t showing net. They’re showing gross.  That means all the expenses charged by the brokers and Wall Street haven’t yet been figured into those returns. It means the actual net returns can be much lower.

Bottom line: there’s a lot of risk for modest returns.

An investment in life settlements does not mirror traditional assets in any way. Even more important, a life settlement transaction always ends with a death benefit. Investors are always paid from the death benefit, it’s just a matter of when. Yes, you’re hedging your bets by risking how long someone might live after you purchase their policy. That’s why we call it a growth strategy. Your investment is typically tied up (not liquid) for about four to ten years. It can be a great option for the accumulation of cash in a regular investment account or a qualified plan, such as an IRA.

The potential is massive. It’s estimated that between 2014 and 2023, there’s $180 billion in market potential for life settlements with an average volume of around $3 billion annually. See where this is going? It’s a mature industry that’s regulated by 42 states.

Want to learn more about investing in life settlements? Download our report “Warren Buffet’s ‘Secret’ $300 Million Investment”, OR, find a time that we can get together and talk about your specific situation.